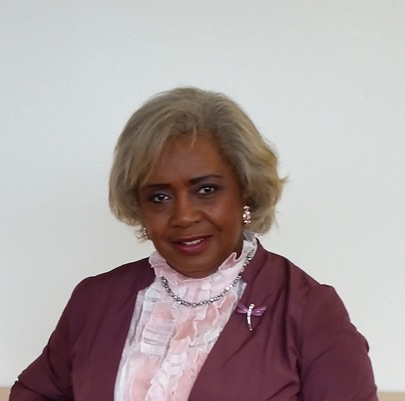 Darlene Clark Hine is a leading historian of the African American experience who helped found the field of black women’s history and has been one of its most prolific scholars. Hine is a 2015 National Women’s History Month Honoree. On July 28, 2014, President Barack Obama honored Hine with a 2013 National Humanities Medal for her contributions in Black Women’s History and pioneering study in race, class, and gender. Hine is past president of the Southern Historical Association (2002-2003), and the Organization of American Historians (2001-2002). She was inducted into the American Academy of Arts and Sciences in October 2006.

Hine was John A. Hannah Distinguished Professor of American History at Michigan State University where she established the Comparative Black History Ph.D. Program and mentored over 20 Ph.D. graduate students. She is the Board of Trustees Professor of African American studies and History at Northwestern University. Her numerous publications include The African-American Odyssey; Black Victory: The Rise and Fall of the White Primary in Texas; Black Women in White: Racial Conflict and Cooperation in the Nursing Profession, 1890–1950; Hine Sight: Black Women and the Re-Construction of American History; More Than Chattel: Black Women and Slavery in the Americas; A Question of Manhood: A Reader in U.S. Black Men’s History and Masculinity; A Shining Thread of Hope: The History of Black Women in America; Speak Truth to Power: Black Professional Class in United States History; “We Specialize in the Wholly Impossible”: A Reader in Black Women’s History; Black Europe and the African Diaspora, and The Black Chicago Renaissance.

She has been awarded fellowships and grants by the American Council of Learned Societies, the Center for Advanced Study in the Behavioral Sciences, the Ford Foundation, the National Endowment for the Humanities, the National Humanities Center, the Radcliffe Institute for Advanced Study, and the Rockefeller Foundation, and a W.E.B. DuBois Institute Fellow at Harvard University. She received honorary doctorates from the University of Massachusetts, Amherst (1998), Purdue University (2002), Buffalo State College, Buffalo, New York (2002), Lake Forest College, Lake Forest, Illinois (2010), and Roosevelt University (2014).