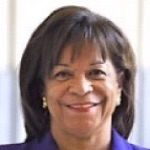 Sharon Harley is an Associate Professor and Chair of the African American Studies Department at the University of Maryland, College Park. She received her Ph.D. in United States History from Howard University and has conducted considerable research on black women’s history, focusing on their gender and labor issues and, most recently, their cultural production and radical politics. She is the editor and a contributor to the anthologies Women’s Labor in the Global Economy: Speaking in Multiple Voices (Rutgers University Press, 2007) and Sister Circle: Black Women and Work (Rutgers, 2002); both volumes are products of Ford Foundation-funded research seminars that Dr. Harley co-directed, and, in the case of the former, a Rockefeller Foundation Bellagio conference grant. She is the author of the highly acclaimed The Timetables of African American History: A Chronology of the Most Important People and Events in African-American History (Simon & Schuster, 1995) and co-editor of the pioneer volume in black women’s history, The Afro-American Woman: Struggles and Images (Kennikat Press, 1978 and reprinted by the Black Classic Press, 1997). She is currently working on a book tentatively titled Dignity and Damnation, a historical study of the intersection of gender, patriarchy, and citizenship in the black community. She has been the recipient of numerous scholarships and fellowships, including a 2003 Woodrow Wilson Center Fellowship, the Smithsonian Institution Postdoctoral Fellowship, and the Rockefeller Fellowship for Minority Group Scholars. She also serves on the Organization of American Historians’s Editorial Board for The OAH’s Best American History Essays and as an Associate Editor of the journal Black Women, Gender & Families.