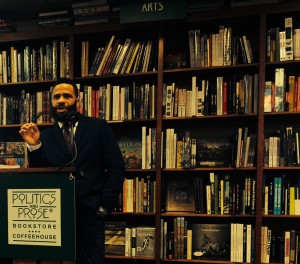 Pero Gaglo Dagbovie is Professor, Graduate Director, and Associate Chair of the Department of History, Michigan State University.  His books include Black History:  “Old School” Black Historians and the Hip Hop Generation (Bedford Publishers, Inc., 2006), The Early Black History Movement, Carter G. Woodson, and Lorenzo Johnston Greene (University of Illinois Press, 2007), African American History Reconsidered (University of Illinois Press, 2010), and Carter G. Woodson in Washington, D.C.:  The Father of Black History (The History Press, 2014).  His current project is What is African American History? (Polity Press:  Cambridge, UK, forthcoming in 2015).  He is on the editorial boards of The Journal for the Study of Radicalism and The Journal of Black Studies and is a lifetime member of the Association for the Study of African American Life and History.  Under the auspices of the U.S. Department of the Interior, National Park Service, National Capital Region, and the Organization of American Historians, from 2008 until 2010, he served as the principal investigator for the Carter G. Woodson Home, NHS and completed the historic resource study for the Woodson Home. He has participated in and lead workshops for secondary school teachers funded by the U.S. Department of Education and the National Endowment for the Humanities. 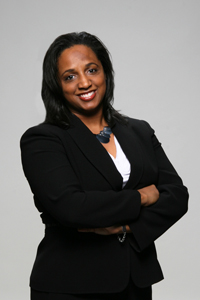 Daina Ramey Berry is an Associate Professor of History and African and African Diaspora Studies and, the George W. Littlefield Fellow in American History at the University of Texas at Austin. She did her undergraduate and graduate work in History and African American Studies at UCLA. Berry is a specialist in the history of gender and slavery in the United States with a particular emphasis on the social and economic history of the nineteenth century. Her first book, Swing the Sickle for the Harvest is Ripe: Gender and Slavery in Antebellum Georgia (University of Illinois Press, 2007), examined labor, family, and community among the enslaved. She is the editor-in-chief of Enslaved Women in America: An Encyclopedia (ABC-Clio, 2012), which was awarded one of the 2013 Outstanding Reference Sources by the American Library Association. In 2014 she co-edited Slavery and Freedom in Savannah, which received awards from the Georgia Archives and the Association for State and Local History. Berry has appeared on several syndicated radio and television shows and is an advocate for public history. She has fellowships from the National Endowment for the Humanities, the American Council of Learned Societies, the American Association of University Women, the Ford Foundation, and the College of Physicians of Philadelphia. She is also a Distinguished Lecturer for the Organization of American Historians. Berry is also completing a book manuscript on enslaved prices, which explores the commodification of human property from birth to death.